Fedora the Cat on "Feline Facts and Fantasies 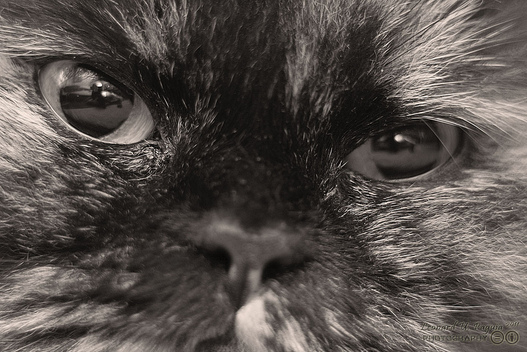 Fedora the Feline
Greetings, humans.  As a Cleaver reader, you may have seen my first column in this newsletter that appeared in February. Unfortunate to have missed the March Cleaver, but decadence called and I spent the month with friends in Paris. So here I am in April, presenting my second column.

As any human who has lived with a feline knows, we felines can virtually predict your ways of being, your very feelings and emotions, having carefully observed your ways of life since humans decided we could be useful in keeping down the rodent population. Despite centuries of interaction, you do not know us as well as we know you. It is, therefore, the raison d’etre for this occasional column of mine to help caring humans understand us and to destroy myths about felines that are just so wrong.

I feel I must be blunt. Too often it is not ignorance but rather arrogance that has prevented humans from knowing us very well, even after all these years. Humans. Understand this. Felines deserve respect and understanding. As a matter of fact, don’t we all, don’t we all?

If perchance I should express a point to which you disagree, I suggest you remain open minded and carefully reconsider your position. I know it is difficult to admit, but sometimes humans don’t know as much as they think they do.

One of the most common myths I hear from the mouths of humans is this: cats are sooo independent that you don’t need to worry about cuddling up to them or showing them affection. In fact, leave out some food and water and go away for a few days and the cats will be fine. WRONG! We felines want and need attention and affection. Throwing kibbles our way while you rush out the door is neither polite nor appetizing.

Remember, just because we felines need our time alone, it is wrong to conclude therefore that we do not need tenderness, love and affection. We do! Of course, each feline, being unique, has her own preferences regarding just how she likes to interact affectionately with humans.

Most experienced humans know not to try and hold on to a cat when the cat lets the human know by her twisting body language that she is ready to be released. Those who insist on attempting to hold her likely will be badly scratched or badly bitten. Put yourself in the cat’s shoes. Would you want to be held against your will? Need I say more?

I recommend that you and cat reserve special times every day devoted to stroking or cuddling. Surely you know what your feline companion likes best, don’t you?  A gentle rubbing under the chin?  A gliding motion along her back? Learning what the cat loves best may take time. Take it slowly. Try a bit of massage at the base of the head. Whatever you do, don’t start off rubbing a feline belly. It’s where we feel most vulnerable and may choose to attack your hand with all four paws, claws out.  Usually we do try to give you a warning with a bat of the paw or a look in the eye. It is unwise to ignore these warning signs.

Should you get scratched, I hear that tea tree oil is an effective antiseptic and heals in no time flat.

Another word about love between felines and humans. Sometimes love requires certain responsibilities. Know this: Every single feline wants a clean litter box. Show your love by cleaning out the litter box every single day. Besides that, some felines get very aggravated (who can blame them) and will stop using the box if it isn’t scooped. A most unattractive result.

Finally, if you want to show love, take your feline companion for regular vet checks. Believe it or not, many humans who live with cats don’t take them for regular checkups. Instead, they wait until a cat shows signs of illness. By then it may be too late or at least more complicated. We felines are known for being able to mask pain or weakness. Just because we may look okay does not mean we are. Humans, be responsible. Proactive and preventive care is as important for us felines as it is for you humans.

Time for my nap, a pastime we felines find necessary for good living. Highly recommended for humans, too.