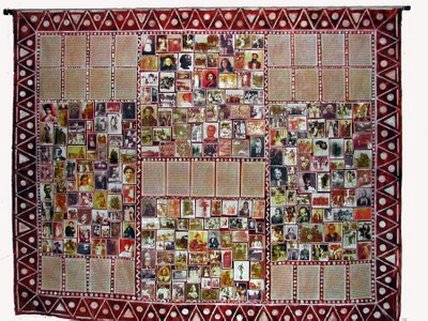 Laura Leigh Dobson has played the violin (or fiddle) ever since she can remember.  She took her first lesson at age five and never looked back.  By the time she was seventeen she had a scholarship to Belhaven College in Jackson, MS where she received her B.A. in Violin Performance.  Laura trained as a classical musician, but soon found a keen interest in the many alternative styles, such as Celtic fiddling and Old Time style.  She and her husband James, along with their two small children, live in Bay Saint Louis, MS.  Laura “found” or “was found” by Fred and Bubba – two of the amazing folks of Plain Dirt Fashion.  Their acoustic based music is centered around the fiddle, primarily Celtic, but also span across rock, Americana and includes original tunes, “Only the good ones.” Laura says.

Gerry “Bubba” Spotorno and Fred Spence have a long history of rocking the coast.  Originally performing as The Standard City Band in the mid 80’s, they did a whole bunch of back porch picking for their friends and family for 20 years while they raised families, got into, then out of trouble, etc.  Well they’re back and better than ever, with a wider range of influences and way more stories to tell.  Instruments are Guitar, Mandolin, and Banjo.

Lori is a visual artist and writer on the arts who lives in Coastal, MS.  She earned her B.A. from Black Hills State University and her Master’s Degree in Religious Studies from Arizona State University.  Over the years she as received numerous grants, scholarships and commissions.  Lori first became recognized on the National scene when a piece of her work was acquired by the Smithsonian Institution.  “Labat: A Creole Legacy” is a large art quilt that weaves the life of a Bay St. Louis centenarian in images and text. The second phase of the Labat Project, a traveling exhibition of 18 panels is presently at the African American Museum in New Orleans.  In 2005 Lori began on her groundbreaking body of work “The Katrina Collection”.  Her work may be found in collections around the world and she has been featured on NPR, MSNBC, CBS, MPB, along with many publications.  In 2010 Lori began work on her present series “Six Degrees: West to East”, which incorporates photography, digital imaging, and collage.  A sampling of this series will be presented at Fourth Sunday at Four on Oct. 28th,  along with a series of mixed media reliquaries and framed rubbings taken from 19th century Russian icons.