The Coolest Town or What? 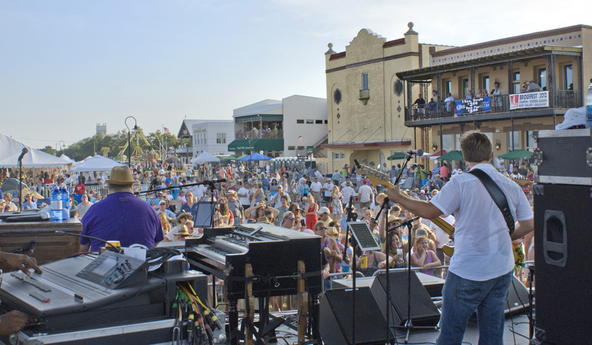 The race is ON - Vote NOW by clicking HERE, then bookmark the link and unashamedly nag your friends!!!

The list of municipal contenders numbered 924 and featured some real heavyweights - like Bar Harbor, Maine, Beaufort, South Carolina, and Medocino, California.  Yet the feisty Mississippi challenger, Bay St. Louis, walked away the knock-out winner in the preliminary round of Budget Travel Magazine’s search for the “Coolest Small Towns in the Country.”

According to Budget Travel’s website, the 2013 contest drew the largest turnout ever, with over 96,000 votes cast.  Bay St. Louis garnered more than 10,000 of those votes.  Most towns on the list received a few dozen comments along with the votes. “The Bay” inspired such passion that over 350 voters felt compelled to explain why they love the place.  Here’s one:

Bay St. Louis is a small town with a big heart. It embraces newcomers and treats them like old timers. It has a soul but is not entrenched. There is a place for EVERYbody. It is beautiful and sings with the spirit of the sea and a community determined to outlast hurricanes, recessions, and oil spills.

The first round of Budget Travel’s Contest ended on October 15th.  A total of 15 finalists have been selected (including Bay St. Louis, of course) and in January, the voting begins in earnest.  From that list, the Top Ten in the United States will be named.

While the voting will play a part in the selection, winners will be determined by other criteria as well, including “diversity in geography, attractions, architecture and more.”

Bay St. Louis Mayor Les Fillingame believes that Bay St. Louis excels in all those areas, and has the moxie it takes to pull off a full victory.  He points out that “The Bay” offers a bounty of natural amenities, while its culture blends both New Orleans and Mississippi influences, giving rise to stellar cuisine, entertainment and art.

“We’re extremely proud to be representatives of the Mississippi Gulf Coast on the national stage,” says Fillingame.

Budget Travel also stipulates that “the town must have a population under 10,000. It also needs that indescribable something: independent shops, a sense of energy, an epic backyard, culture, delicious coffee. In other words, cool doesn't necessarily mean quaint: We want towns with an edge and a heart.”

“People who visit us are always completely charmed by the community,” says Fillingame.  “And residents feel fortunate we get to experience that charm every day. ‘Cool’ is a way of summing it up in one word.”

All coast residents are invited to vote for Bay St. Louis as the Gulf Coast representative in the contest.  Simply go to: www.budgettravel.com