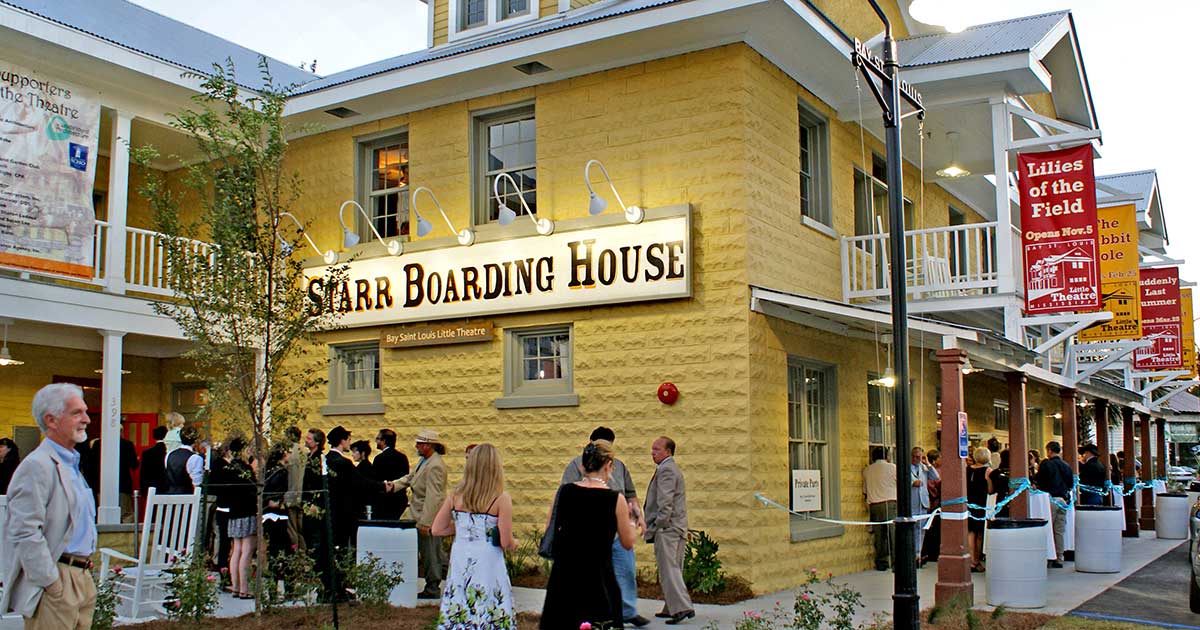 The building currently serving as the Bay St. Louis Little Theatre was featured as the main set for the 1967 film, "This Property Is Condemned." This photo was taken on opening night after post-Katrina renovations were complete.
Join us for a rundown of the most Insta-worthy spots in the romantic Depot District of Old Town Bay St. Louis.  You'll find many more, but these are our faves!

- story by Caitlin Bourgeois
- photos by Ellis Anderson
​
​We are rockin’ and rollin’ through Bay Saint Louis! This installment we will be heading into the Depot District, where history runs deep. Instagram spots are plentiful, with large swaths of green areas, a picturesque duck pond and even property that once functioned as a movie set.
​ 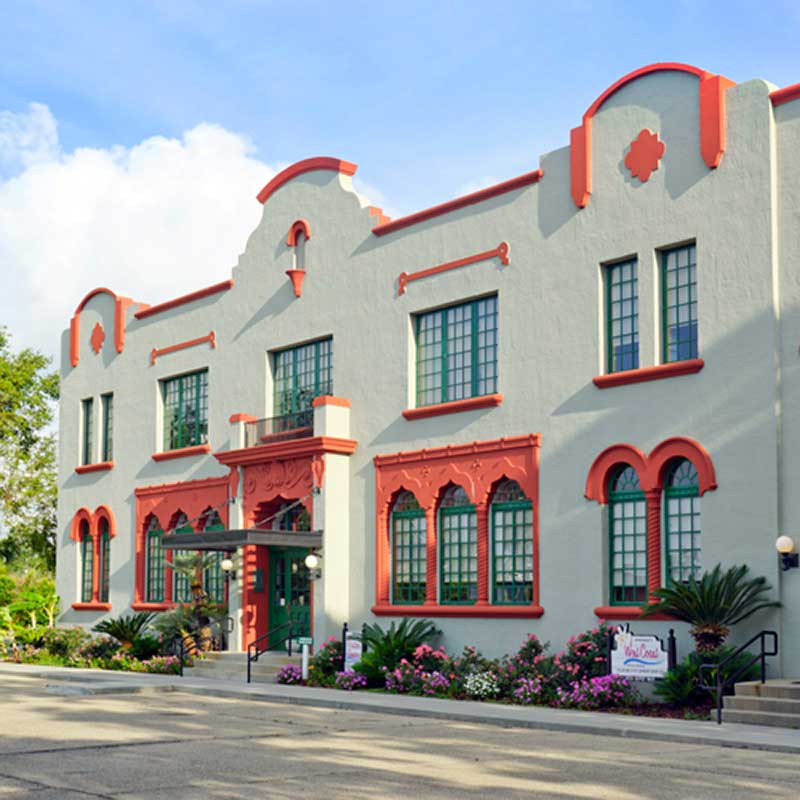 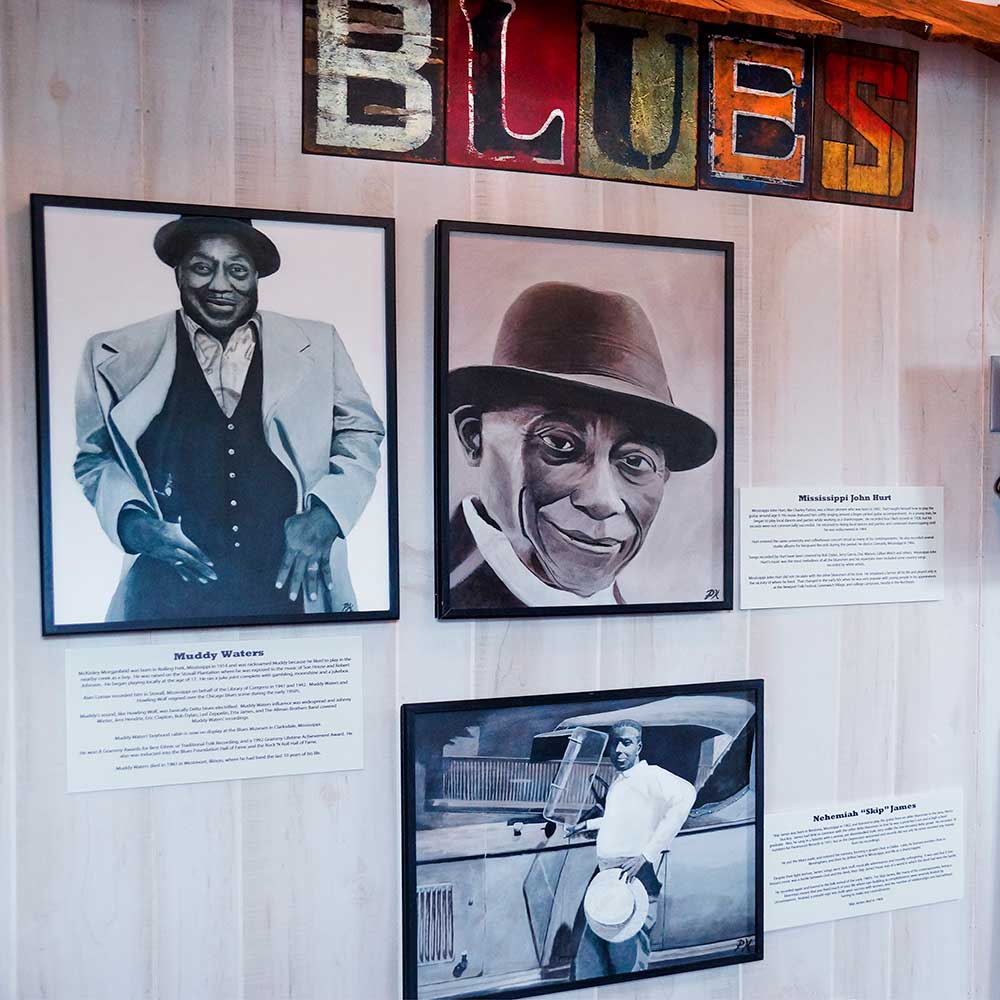 One of the displays inside the Hancock County Tourism area of the building contains an exhibit of Mississippi blues icons, such as Muddy Waters, John Hurt and Nehemiah "Skip" James. The nearby 100 Men Hall is a point of interest on the Mississippi Blues Trail.
Once known as the Louisville & Nashville Railroad Company’s depot, this historic stopping point along the rails has transitioned to meet the needs of the community. The Depot is now home to Hancock County Tourism Development Bureau and Visitors Center, a vivacious Mardi Gras museum and the Alice Moseley Folk Art & Antique Museum. Originally built in 1876, the building’s structure was destroyed in a fire and the current building was built in 1929. The site even served as the set for the 1965 movie “This Property is Condemned.”

With so much to look at inside, this mission style depot is truly a gold mine of photo opportunities. Large mannequins adorned with Mardi Gras costumes greet you as you enter through the front doors and a museum full of artwork from a local artist is a great way to spend your afternoon. The Depot is open 10 am - 4 pm all week and is closed on Sundays. 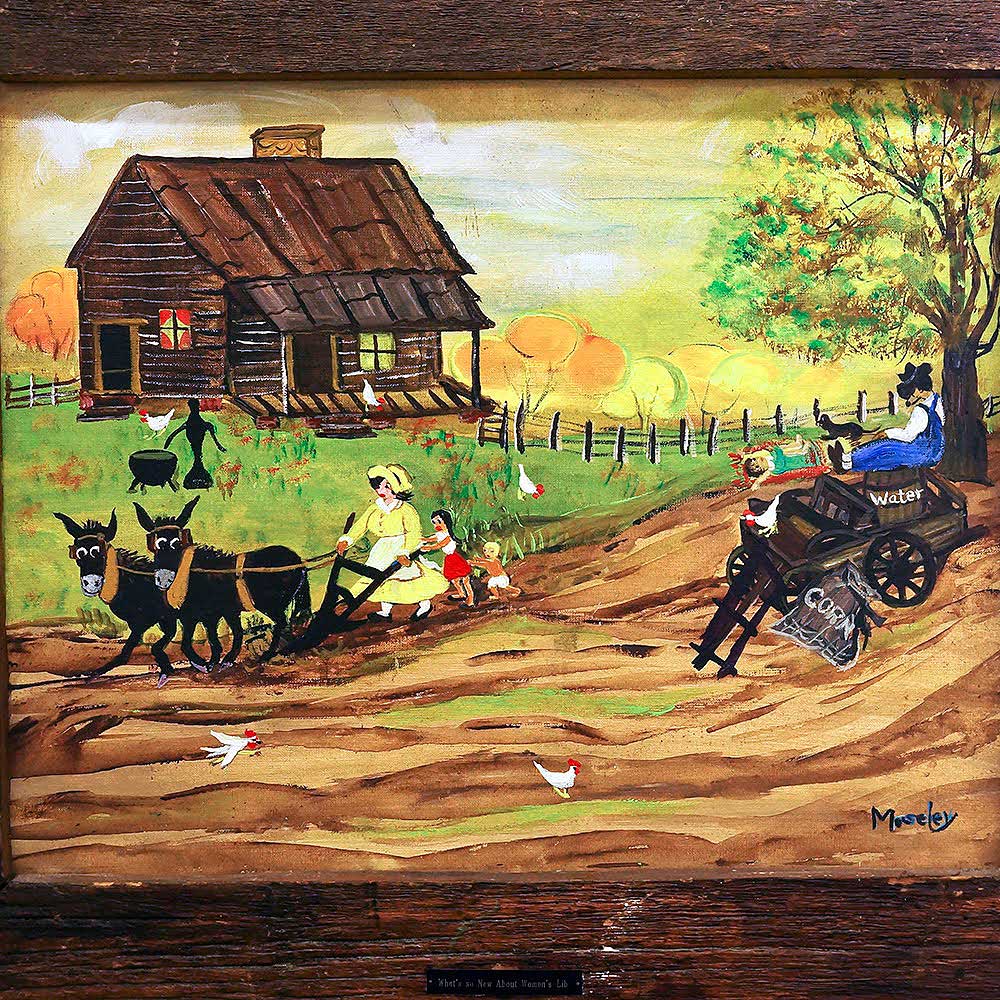 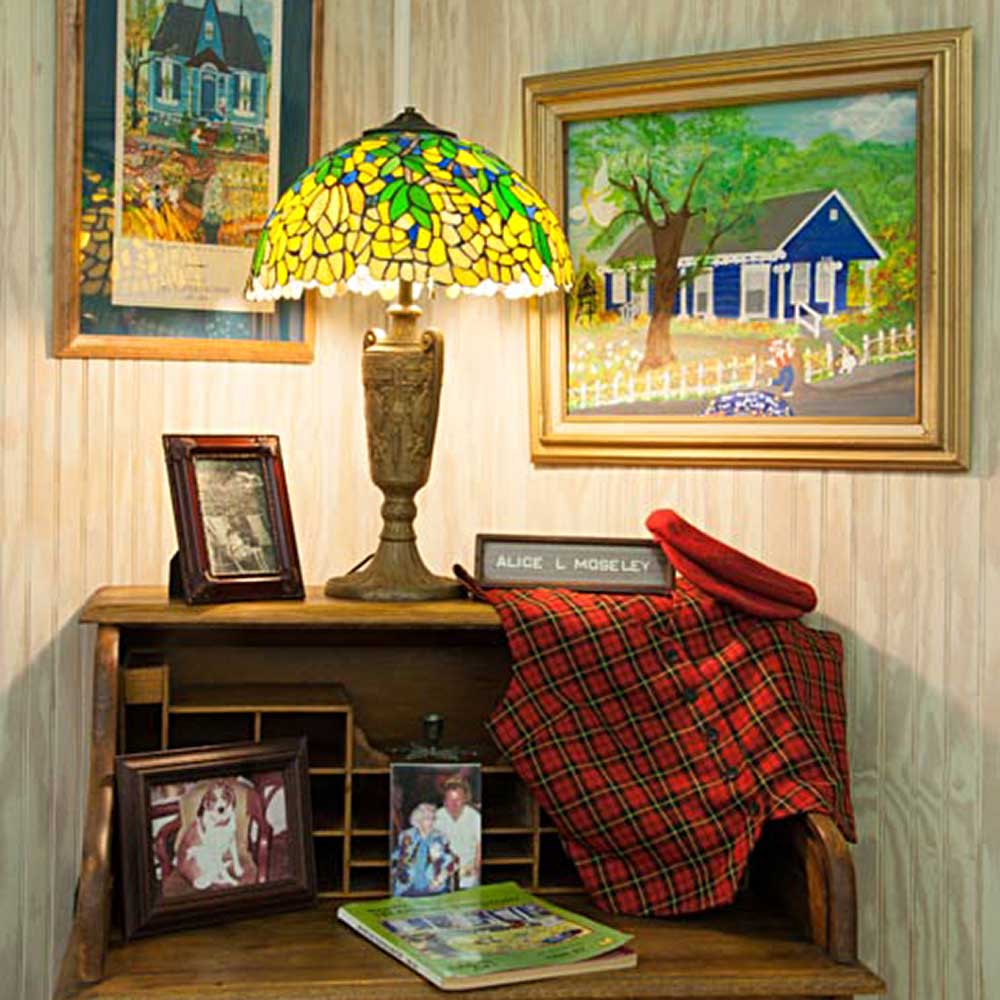 In all, 45 pieces of Alice Moseley's paintings and other works are on display at the museum.
​
Alice Latimer Moseley was an incredible folk artist who discovered her creativity late in life. A well-educated woman, Alice began to paint in an effort to ward off depression and anxiety while caring for her Alzheimer's-afflicted mother. Alice said that her love for painting coming so late in life was the last gift her mother gave to her. After her husband died, Alice traveled with other artists to showcase her work. She discovered Bay Saint Louis when she was 79 and decided that this would be the perfect place to spend the rest of her life. Her funeral in 2004 brought about 200 people to the old oak tree that still stands in the depot’s lawn today.

Forty-five of Alice’s pieces hang in the museum inside of the depot. Prints of her original works are available in the gift shop for those smitten with her portrayals of rural Americana. There is also an antiques section in the museum showcasing pieces from the 35-year collection of Alice’s son, Tim. The museum is open Monday through Saturday 10-4 pm, and admission is free.

The Mardi Gras Museum features an extensive display of vintage and recent costumes of local royalty. 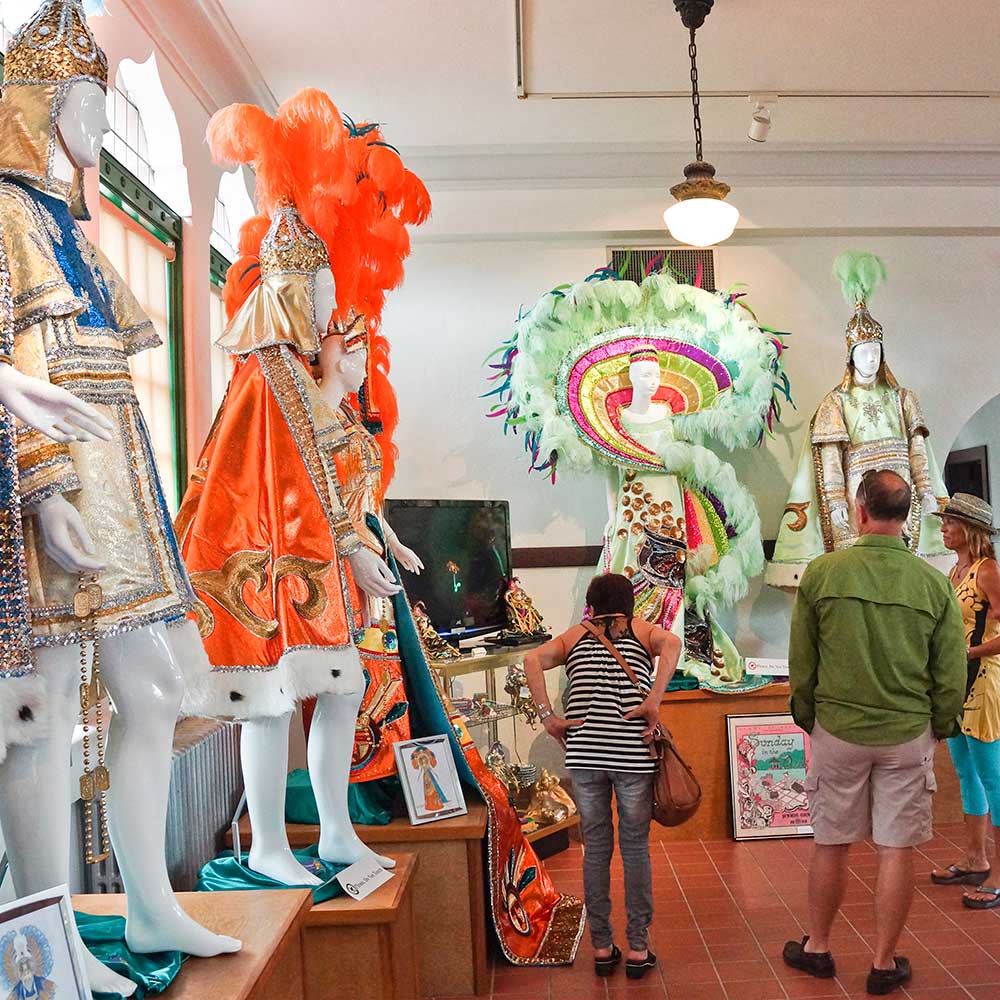 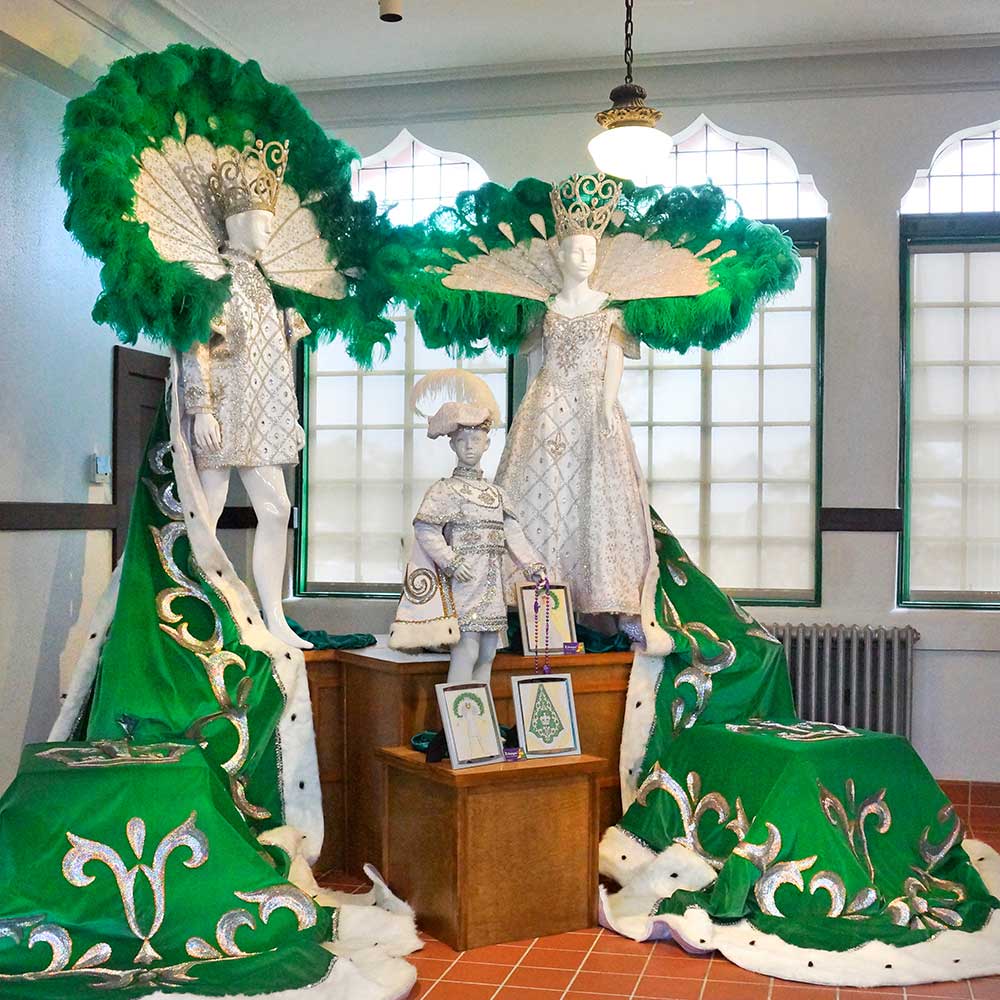 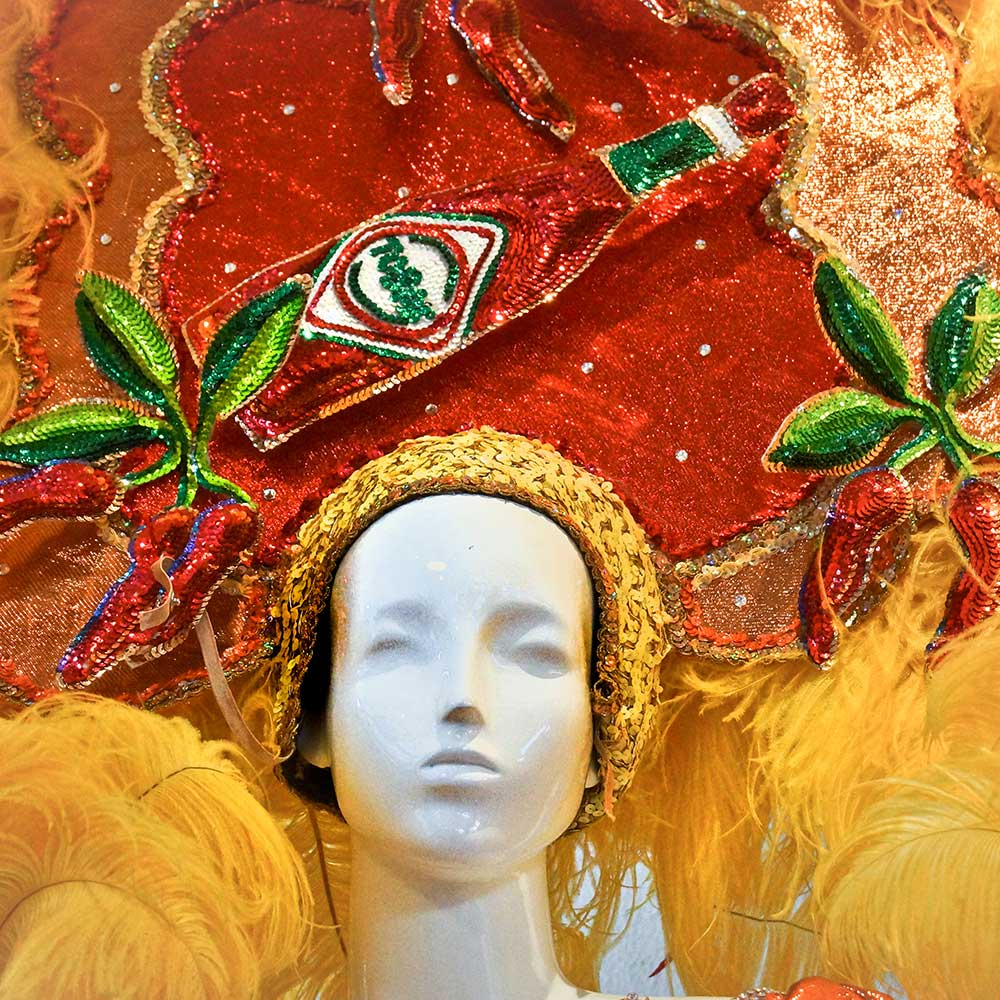 Opened in 2013, this Mardi Gras collection focuses on the costumes from the Krewe of Nereids, an all-female society headquartered here in Hancock County. You may recognize the name from the annual Mardi Gras parade that routes through Bay Saint Louis to Waveland. Mardi Gras celebrations for the Bay Saint Louis community dates back to 1896 - that’s a lot of costumes!

The museum’s collection hosts the costumes of recent kings and queens. Each costume takes 400 to 600 hours to create, with their intricate decorations of rhinestones, feathers and more. The Mardi Gras museum is located on the first floor of the depot and is also free to the public. You can browse through the colorful costumes on display and grab a map and a few brochures from the tourism rack to plan your next adventure.

This Property is Condemned 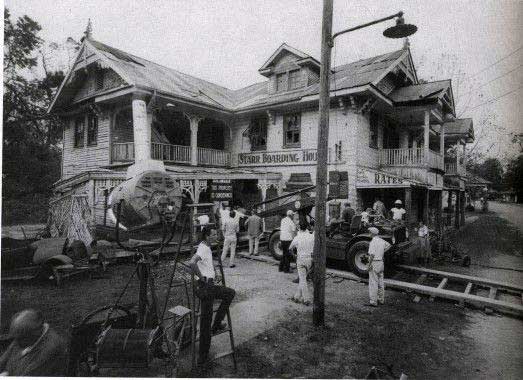 This rare production photo from 1966 shows film production outside the "Starr Boarding House" during filming of the movie This Property Is Condemned. (Photo courtesy IMDB) 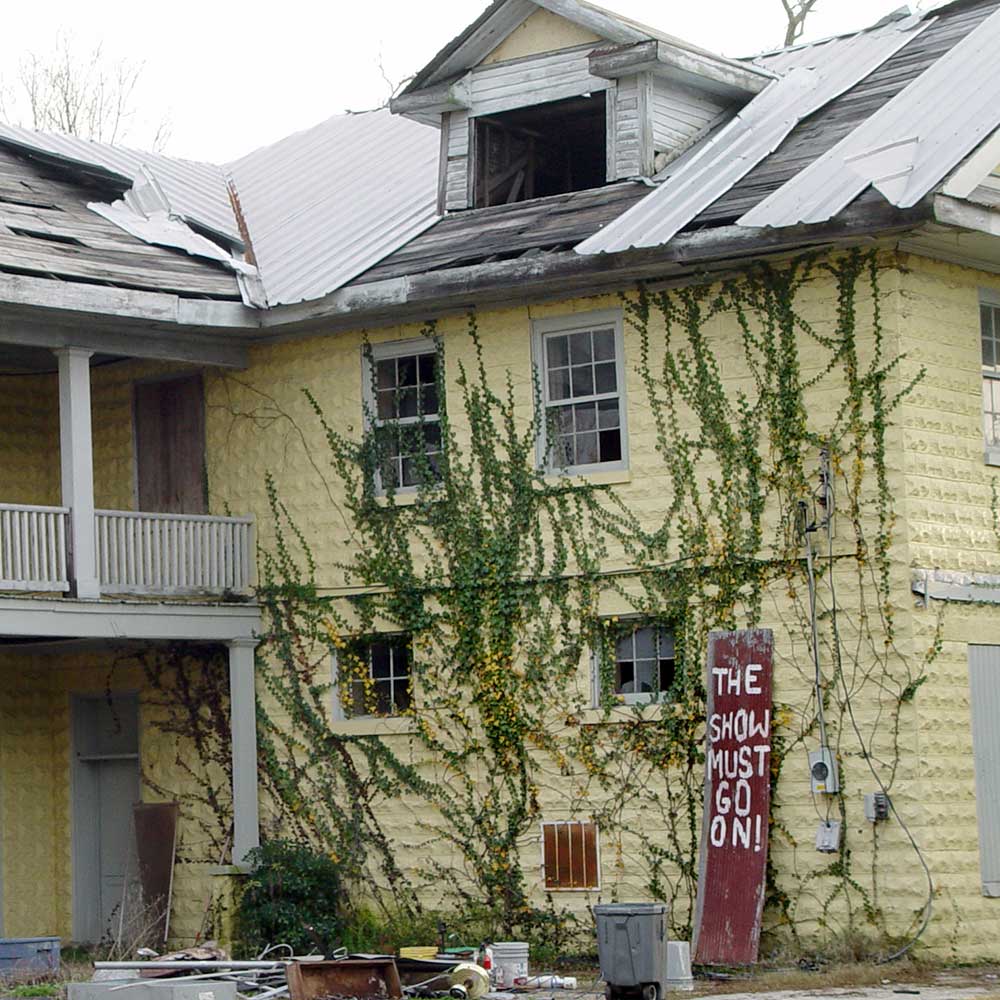 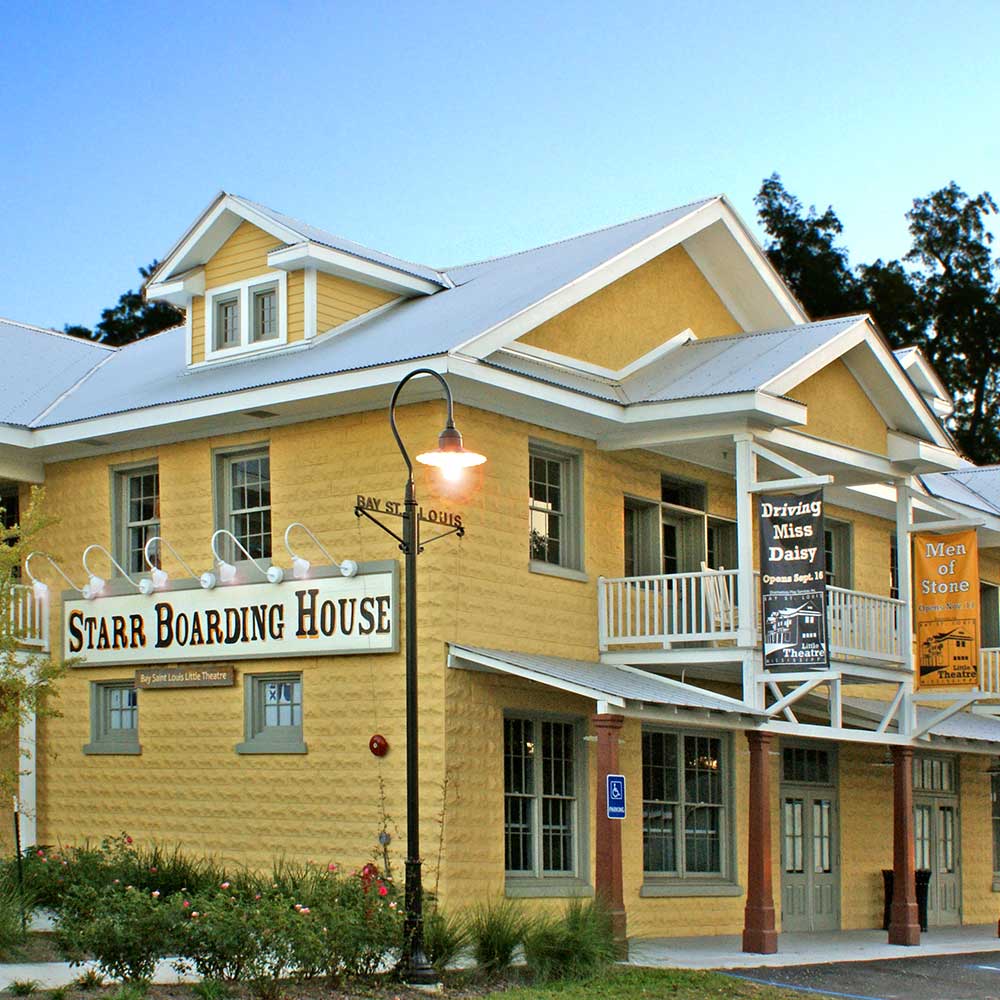 The theatre building today.
Imagine the excitement in 1966 when this tiny beachside town became the location for a Hollywood production based on a Tennessee Williams play! The film, titled This Property Is Condemned, featured Robert Redford, Natalie Wood, Kate Reid, Charles Bronson, Mary Badham, Jon Provost and Robert Blake. It was also the first screenplay by Francis Ford Coppola, who went on to direct such movies as The Godfather and Apocalypse Now.

The film was set in the 1930s, and the Depot District offered the perfect backdrop. Many of the buildings used in the film still stand today. The Starr Boarding House in the film, which is now the Bay Saint Louis Little Theatre, served as the center of the action.

The Depot District offers a 30-minute self-guided walking tour for those who want to see all of the sites shown in the movie. The tour visits the depot and its grounds, which was transformed into the railroad city of Dodson, Mississippi in the film. It’s a very cool little tour that focuses on a part of BSL history that is still talked about today. 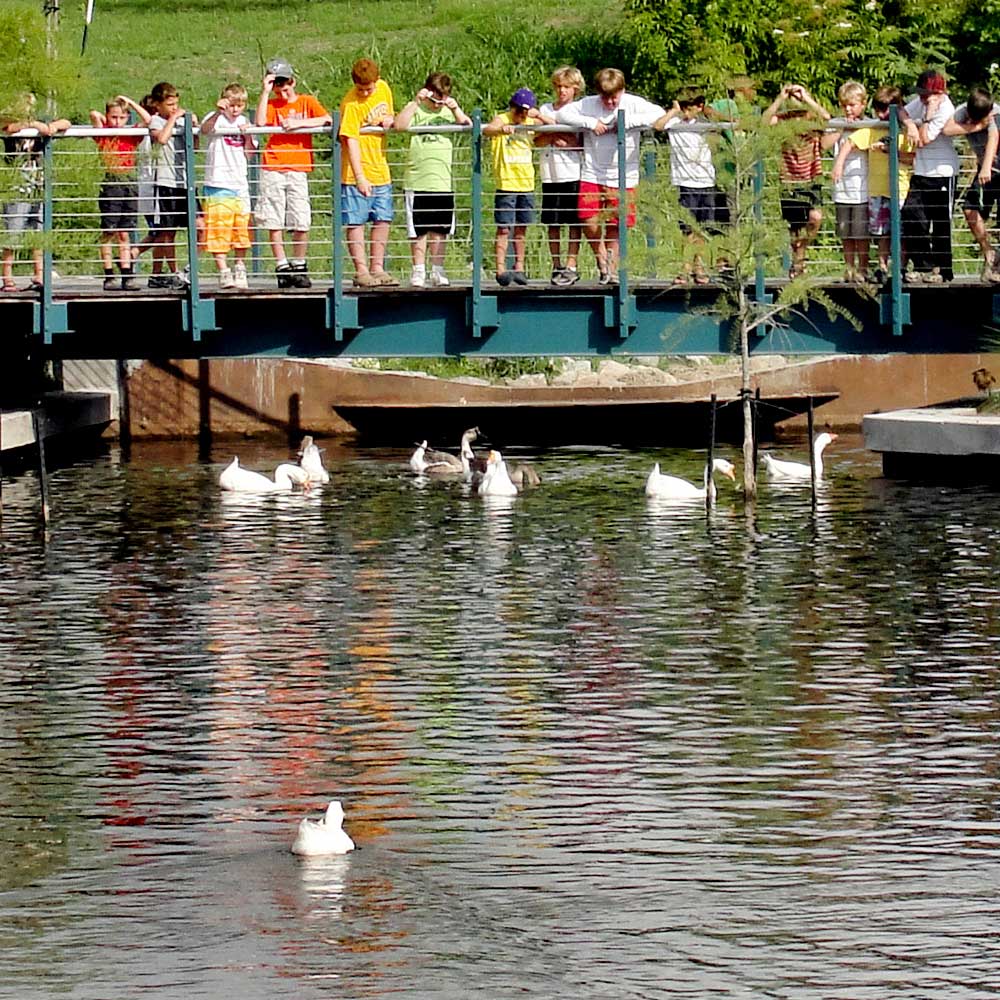 At the apex of the depot property is a picturesque little pond with a fountain, duck families and lily pads that make the location look like the inspiration for a Monet print. Once an unused piece of land, architect Allison Hoadley Anderson created a beautiful feature for the community to enjoy. Take your family for a walk or a bike ride through the Depot District and stop for a picnic lunch at the duck pond. Walk across the bridge and observe the ducks as they bathe in the waterfall – and be sure to grab some duck food from The Visitor Center in the depot.

The Shoofly Magazine depends of the support of readers like you.

​ Find out more or use the button below to help us continue serving the community.