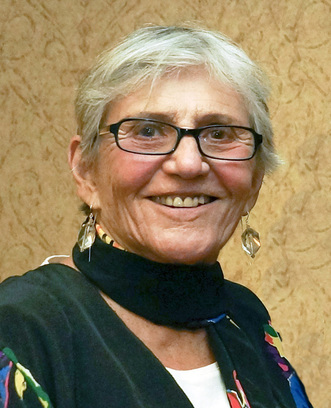 Bay St. Louis resident Camile Tate was recently nominated as one of Gulf Coast Woman Magazine's Gulf Coast Heroes.  Those of us in town who know her and have worked with her don't need a competition to tell us what we already believe:  Camille Tate is one of the most vital, giving people in the state.

Here's what some others have said about her:

She does not sit on the sidelines and she does not leave the work for everyone else.  She will take on responsibility and see it to the end.   She adopts people in need, whether it is an elderly neighbor or a youth at risk.

She attends every City Council meeting if possible and supports every thing good going on in the County and is not afraid to tackle things she thinks need changing.  If Camille ends a day without having gone to a meeting or a "battle" for something, she feels that she hasn't had a satisfactory day.

She is in essence a model citizen and an example of good citizenship to us all.

After retiring from a career in speech therapy in Louisiana, Camille Tate moved to the Mississippi Gulf Coast in the early 1980’s.  She became a realtor and a broker. but quickly put her energies into helping the community and attempting to right any wrong she saw.   Currently, she's a board member of CASA (Court Appointed Special Advocates for Children).  For over a decade she has served on Hancock Chamber's Greenways and Byways committee, working toward the Hancock County Scenic Byways designation and the Jourdan River Blueway.  She's a member of  Women of the Storm, a volunteer group working to ensure that BP oil spill fine money is used for Gulf Coast recovery. She's worked on the Hancock County Hazard Mitigation Plan Update for 2006 and 2012, having been appointed to both committees and helping to develop the plan. She's an active member of Friends of the Animal Shelter.  Tate also served as founding board member of the Center for the Prevention of Child Abuse and for the South Mississippi AIDS Task Force.  She's served on the advisory board for Peoples Bank, been an officer of the Hancock County Exchange Club (and Exchangite of the Year!).  To name a few.

While Hurricane Katrina flooded her house in 2005 and uprooted her briefly, Tate saw the need of her community and immediately became involved in every effort available to help regain our footing and make it whole -  if not better.  As the recovery slowly began, Tate attended every civic meeting she learned of early on. She became involved in the Governor’s Commission, specifically in the Land Use Committee. She was an appointed member of the Comprehensive Plan for the City of Bay St. Louis.  Not much has changed since then - wherever people gather to make a difference, Camille Tate can usually be found.

Congratulations, Camille!!  We're proud to know you and lucky to live near you!


Sponsors of the Bay St. Louis Shoofly:  supporting them supports us!